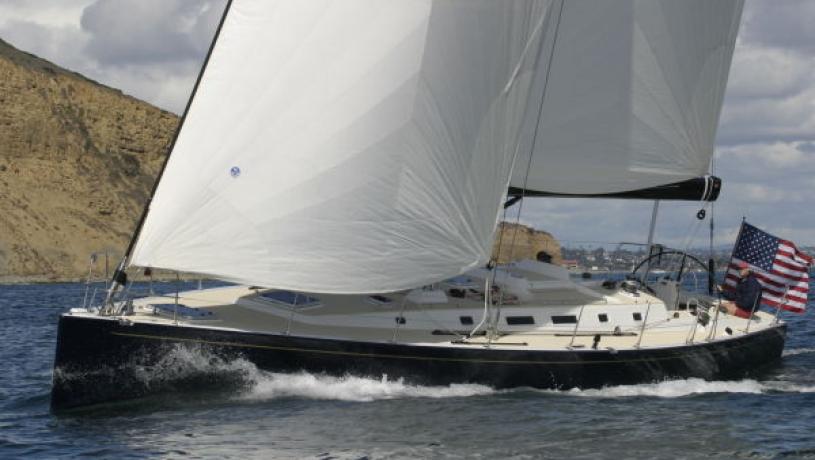 "Brand New Day", hull #2 of J/Boats flagship J/65, was launched in San Diego in February 2006. She is a lighter version of hull #1 with a carbon deck and ends, while still preserving the ultra high-end interior. Though fast, her cruising ammenities include electric winches, multi-zone A/C and Heating, an ice maker, a custom wine locker and three private staterooms each with stereo, DVD and LCD. She was primarily based in Newport, Rhode Island. Her race results include a 2nd in Class (IRC) in the '10 Newport to Bermuda Race, 2nd in Class in Class in the '08 Newport to Bermuda Race, and a 3rd in Class in the '08 "Block Island Race". She participated in the New York Yacht Club's 2008 Annual Cruise where she was frequently referred to as a "beautiful and sleek" yacht. She cruised the waters of New England in '09 and '10. She was sold in Dec. '10 to an Australian owner who is crusiing her in the Med and Caribbean.