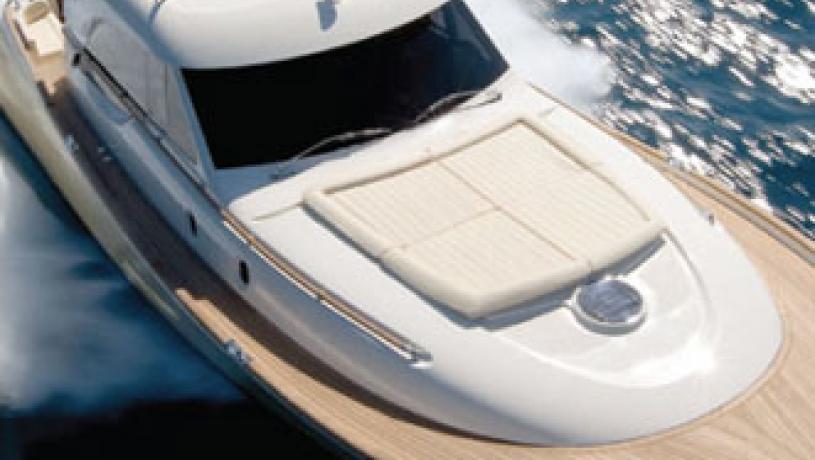 "Cattivo" (meaning "wicked" in Italian) was purchased new in Sag Harbor, NY in the Fall of 2008. She is a Mochi 44, built by Ferretti in Italy. The Mochi line is Ferretti's version of a New England Lobster Boat. Her crusing speed is 28 knots, and her max speed is 32 knots. She was purchased in Rhode Island in the Fall of 2008, and she was then delivered from Sag Harbor, NY to Fort Lauderdale, Florida via the intracoastal waterway where she spent the winter of 2008-2009. In March 2009, she was shipped to California via the Panama Canal on Yacht Path. Her home base has been Newport Beach, CA where she cruised the waters of Southern California and Mexico. In 2012, she was shipped back to FL, and her home base was Fort Lauderdale, FL. She was old in the summer on 2014. For more information on Mochi, click here.