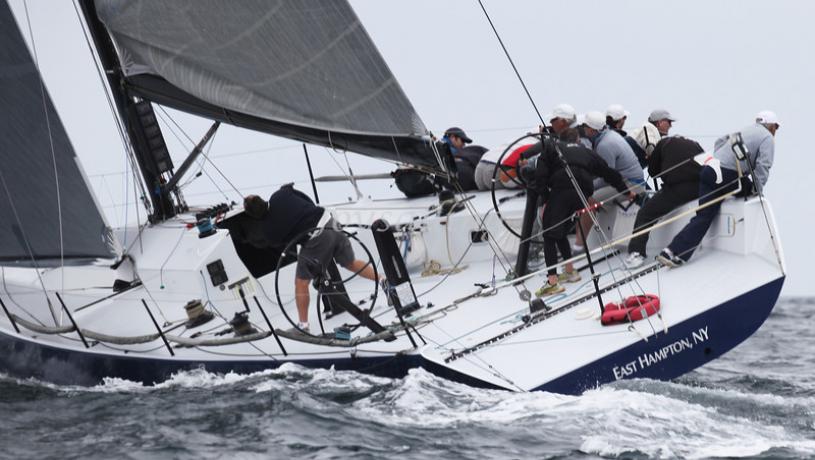 "Stark Raving Mad V" ("SRM V") was the fifth boat in the SRM program. She is a TP52, the former "Mean Machine" 2006 which won the "Med Cup" in that year. She was purchased from the "Ono" program in Spain in February 2009 and shipped to San Diego where she underwent a comprehensive refit. Under Reichel-Pugh design in 2009, she was substantially upgraded and optimized for IRC including the addition of a carbon sprit and internal carbon structures for offshore racing. She was raced extensively in Southern California during 2009 through 2011. Over this time, she was the most winning TP52 and was the i52 Class Champion for 2010. She was sold in 2011, and is currently based in San Diego, CA under a new name.