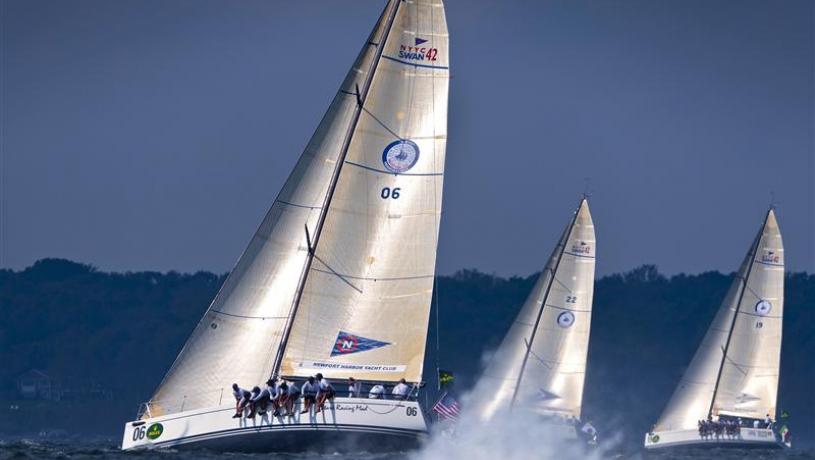 "Stark Raving Mad VI" (SRM VI) was hull number 3 of Nautor's Club Swan 42. Acquired new by her first owner in 2006, she was originally named "Downhill Express". Her original owners had very light use of her. She is a production boat of light to moderate displacement. She has a sprit and is officially in "Class". She raced extensively in the North East during 2011 as part of the Swan 42 Championship series. Her results included a 2nd in class at the New York Yacht Club Annual Regatta and first in the races composed the NYYC Annual Cruise. She was Newport Harbor Yacht Club's entry to the 2011 New York Yacht Club Invitational Challenge. She placed 5th overall in that event out of 22 entries from around the world. She saw light racing in 2012. In 2013, she had a more extensive schedule racing at Key West Race Week, (4th), The Leukemia Cup (2nd), the Around the Island Race in Newport, RI (1st), and the New York Yacht Club Annual Regatta. In November 2013, she was sold to her new owner and will be based in the Med. For detail specifications on the Boat, visit the Nautor web site.